What My Left Hand Was Doing; Lessons from a Grassroots Activist; a Memoir by Joann Castle.

Against the incendiary backdrop of the 1967 Detroit rebellion and its aftermath, a white working-class Irish Catholic mother of six takes a stand against society’s racial inequality. This moving memoir presents an insider’s view of what grassroots movement work is really like when one becomes an advocate for black self-determination and challenges white privilege.

As a new wave 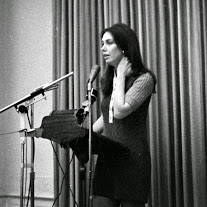 of activists from Black Lives Matter to the Trump Resistance respond to the latest tide of repression, misogyny, and racism, Castle offers pivotal inter-generational lessons learned from past movements featured in her exclusive “Activist’s Survival Guide.”

“If one wants to understand how a white Catholic working-class girl, growing up in a relatively conservative, racially insensitive environment, became a political activist, a crusader for social and racial justice, and later a committed revolutionary–this poignantly written, sensitive memoir is a must read. This is a story about America, slated to be a classic in American literature.”

Michael Goldfield, author of The Color of Politics: Race and the Mainsprings of American Politics and The Decline of organized Labor in the United States.

Available for review on NetGalley or by emailing the author: joanncastle@againstthetidebooks.com.

Orders now being taken at: www.seattlebookcompany.com  and Amazon.com.

Distributors/Wholesalers: Available at Ingram, Baker & Taylor, and Thomson-Shore.  Ask your local bookstores to order for you.

A Black Revolutionary’s Life in Labor; Black Workers Power in Detroit is a personal narrative about Mike Hamlin’s coming of age from the Mississippi plantation to working class Detroit and his growing political consciousness of the breadth of injustice to his people.  In documented conversation with Michele Gibbs, political activist, artist and poet, Hamlin offers an inside look at the development of The League of Revolutionary Black Workers, their confrontation with company and union officials over racist practices and mistreatment of black workers.  Forming alliances with workers in the plant, their militancy shut down Chrysler’s Dodge Main assembly line for 4 days in 1969 spawning a national revolutionary union movement demanding respect for black workers.  Using the book’s study guide, readers can engage in Hamlin and Gibbs conversation about how to analyze the class nature of the struggle, qualities of leadership and lessons learned from makers of black workers’ history.  This is a book about Mike’s passion, love and a life lived for his people.

“The movement of ideas in the conversation works beautifully, allowing us to appreciate Mike’s journey as well as his profound, useful reflections on the political struggles he was engaged in.  I am certain that this powerful, knowledgeable, tender interchange between two revolutionaries will find its way to the hearts of young movement workers.”  Gloria House, PhD. Detroit