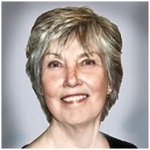 Joann Castle, founder and CEO of Against the Tide, is a native Detroiter and political activist.  Castle was a mother of six young children when she became involved in the radical Catholic movement for racial equality during the late 1960’s.  As she became more intensely involved in political activities her marriage failed, she broke with the church and her family disowned her but life moved on.  In addition to her role as a working mother, Joann went on to pursue an education becoming a Master’s prepared medical anthropologist and embarked on a 27 year career in health care services.  Joann married Mike Hamlin in 1975, at the height of his work in the Black Power Movement. Together they have dedicated their lives in service to others.